The plant for the production of heating radiators “Sklad OV” LLP began its activities in 2015. The plant is located in the city of Almaty. A full-fledged workshop was equipped here, jointly with Russian technologists, a modern series of heating devices was developed. The brand "TIPIDO" in translation from Spanish means "heat", because our radiators have an increased heat transfer and resistance under high pressure. After the launch of mass production, the company created 50 jobs for Kazakhstan.

“Sklad OV” LLP is a member of the State program of industrial and innovative development of the city of Almaty for 2015-2019. March 30, 2016, the production plant was visited by the Akim of Almaty, Bauyrzhan Baybek. “It is necessary to break stereotypes that Kazakhstani companies cannot produce high-quality products. These are modern enterprises, they are working on modern technologies”, said akim, thus calling for support of our domestic producers.

The domestic plant for the production of aluminum radiators "TIPIDO" manufactures modern products that have high thermal performance, resistance to high pressure. Thermal indicators are one of the main advantages of TIPIDO radiators, because the higher this indicator, the more efficiently the entire heating system will work, which will lead to savings when heating the room. For proper circulation of coolant in high-rise buildings, they increase the pressure in the heating system, which can lead to gaps in the joints and this is the main cause of radiator leaks. Our radiators eliminate unreliable nipple and threaded connections, as well as being tested under high pressure, which exceeds the pressure even with hydraulic shocks when starting the heating system.

To check the thermal performance, TIPIDO radiators are tested and certified according to the State Standard of Kazakhstan system. Since we are a production plant, we can manufacture heating radiators according to individual sizes. For example, if the space between the floor and the window sill has a non-standard size. In this case, we can manufacture radiators with any height from 200 mm to 800 mm, as well as from 5 to 20 sections.

Our radiators have passed all mandatory certification and have supporting documents. The share of Kazakhstan content in products is 95.5%, which is confirmed by a certificate of origin CT-KZ. Produced products of the plant allows import substitution in the market of Kazakhstan, which is an important area in the framework of the execution of the instructions of the Head of State.

In 2018, the production of ventilation lattices began. We produce aluminum lattices of Kazakhstani production of various types: internal RAG and RAR, external EAL, ceiling diffusers RAD and SAD, slot diffuser collecting RLD. It is also possible to manufacture lattices with non-standard pitch. Lattices are painted by powder spraying white. It is possible coloring of lattices in any color according to the RAL catalog at production to order.

At the moment we have an extensive dealer network throughout Kazakhstan. Our products can be purchased in almost any city of the Republic.

“Sklad OV” LLP constantly participates in events and exhibitions held in the Republic of Kazakhstan and neighboring countries, such as “AquaTherm Almaty”, “Machine World”, “Best Product of Kazakhstan”, “UzstroyExpo”, etc. 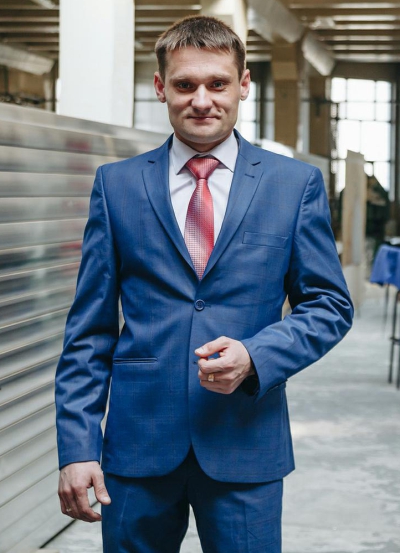 Alexander Boldyrev is a businessman from Almaty, the founder of a plant for the production of heating radiators under the TIPIDO brand. Thanks to him, a plant appeared in Almaty, where heaters are made that are not inferior in quality to products of world brands.